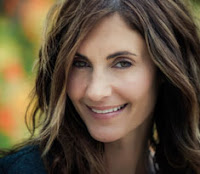 Bratfest at Tiffany's is a Clique novel, the ninth installment in the series. Massie and her gang are in 8th grade, final year of middle school and they want to make it as best and ah-mazing as ever! But their alpha status is in serious danger. It's always been the Pretty Committee (PC) at OCD that was admired by all the students and whatever they did was followed by the 'lesser' kids doing the same. However, now the students have something much better to think about- boys from Brairwood, who lost their school to flood and now were being accommodated at OCD (which changed to BOCD). It's a bitter shock for Massie to see that kids really didn't care about the PC anymore. All they wanted to talk about was the soccer players and the non-soccer players!

Storyline
After OCD turns BOCD and gets infested by boys, Massie declares a boyfast. Anyone crushing on a boy will be turned out of the gang, which is now The NPC (New Pretty Committee). To make their promises properly, Massie gifts everyone in NPC (Alicia, Dylan, Kristen, Claire) a charm bracelet from Tiffany's, with each of their initials dangling from it. It was to serve as a reminder of their boyfast every time they thought they were breaking the rules. While on the surface everyone seemed unperturbed, they were having secret pangs in their own. Alicia, for instance, thinks she cannot just leave ah-dorable Josh and makes up a plan to be at the same table at lunch when THE news would be read out. (She was the student news reader and had 'accidentally' seen the next day's announcement, which said that half the kids would be taken to their 'new' building to ease the chaos of so many kids). While The NPC (along with many other kids) shifts to a trailer, which is cold, damp, musty and an ewww place for the NPC to be, Alicia's trying to ease her gulit. Massie knows Alicia did it on purpose and they make her leave the NPC for breaking the rules. 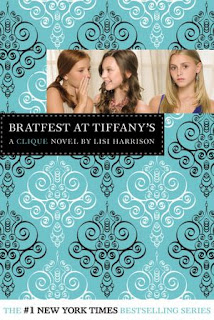 Claire tries hard not to notice her ex, Cam, who's replaced her with Olivia. Meanwhile, Massie's determined to make life for the kids in the trailer fun and revive her alpha status. She doesn't want to be pitied, rather adored. She hires a famous designer and surprises everyone with the "new" and happening trailer! It resembles a huge Tiffany jewelry box, with soft, plush carpets, leather bound massage chairs, Louis Vuitton suitcase lockers and fantastic aromatic walls! Except for a couple of LBRs (Loser Beyond Repair), everyone loves it! To make the whole look completely ah-dorable, Massie gives everyone in the trailer a makeover! The fabulous new trailers are now better than the Main Building, filling all students with pangs of envy. To add to it, there's a news coverage of the makeover and now parents of students at MB call it unfair that their own kids don't get to stay in the trailers (Massie's 'Mission Accomplished!' moment).

There's a locker-designing contest held, where students who design the best lockers win and get to stay at the trailers. The soccer guys are not interested, because they don't want to live in a 'jewelry' box, but The NPC wants them to go away. Alicia begs Massie to take her back but Massie puts up a condition- that she gets rid of the boys. When results of the contest are announced, Alicia changes the list and puts all soccer boys (including all their ex-crushes) in the Tiffany box! That makes her win over her friends and Massie ends the boyfast! The LBRs are sad to see NPC go from the trailers and they (NPC) pretend they're sad too, but they're actually very happy to get their old school back, to themselves!

My Take
Certainly interesting and a fun read. Any young teen girl who loves luxury, cute stuff and girly talks would love this book. It's very descriptive, providing visualizations that add to the benefits of this book. It talks about the insecurities of a young girl who's used to fame and being adored by her 'fans', and her friends who define who she is. Everyone in the PC is a different character with different tastes and it gives a look into the same situation through five different minds. Though the idea of a central character who's snobbish and sometimes a bully, a riot who aggressively demands anything she wants, is not very appealing, but it has been wonderfully done, nevertheless. The feelings, worries, happiness and all small things it talks about in a teenager's life, is something everyone can connect with (except the super rich part, maybe). Overall, a good book, recommended for chick-lit loving young girls. :)

The Clique has been converted into a movie as well.