There was something about the title that appealed to me. It was also a title I remembered having seen somewhere, apart from having heard of, so when I came across it while loading up my Kindle with classic ebooks, there was no reason to overlook it.

Goodreads Blurb
Laugh out loud at Judy's charming and unforgettable letters
Young Judy Abbott has been saved from life at the orphanage by a generous--and anonymous--guardian. He will pay for her education if she promises to write to him every month. Judy writes the most exuberant and lively letters--packed with laughs, and tales of friendship and college life. Judy's having so much fun she can scarcely stop writing...
My Thoughts
Boy, was it the best impulse-reading-decision or what. Daddy Long Legs is an epistolary novel chronicling the story of Judy (Jerusha) Abbot, a seventeen year old orphan from the John Grier Home. She has stayed two years more at the home than most kids, and even though she has worked for her boarding, the Home cannot keep her much longer. At the home, the first Wednesday of every month was a day of great trepidation, as the trustees would visit and dine with the matron, looking at the children to see if all was well. On one such Wednesday, Judy had barely entered her room after an arduous day when she was called by the matron. On the way, she saw the shadow of an extremely tall man in a suit and a hat - a trustee, most probably - and his long legs in the shadow were all she knew about him. 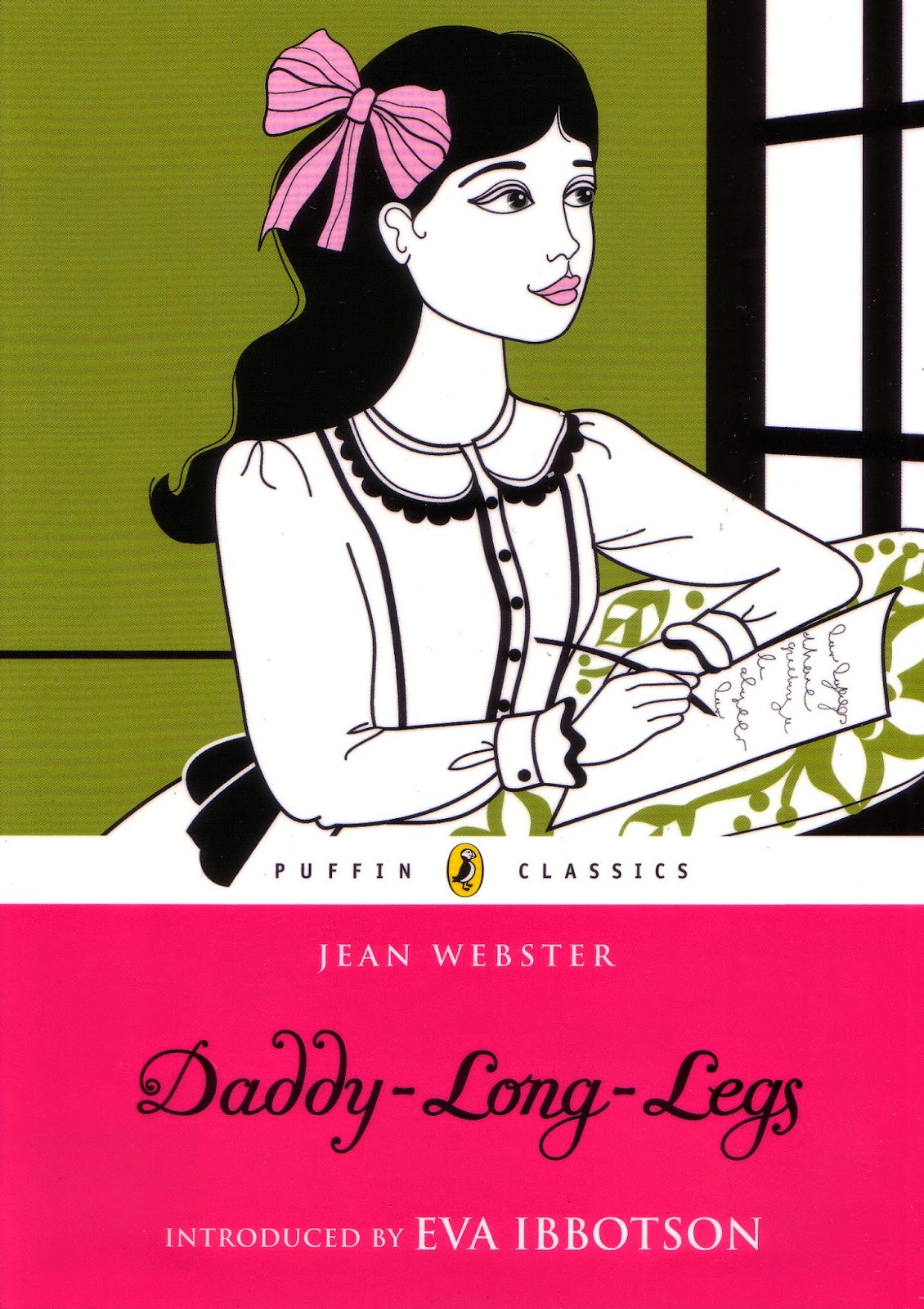 To her great astonishment, as the matron informed her, the man had decided to send her to college. He usually despised girls, but the matron had spoken of her intelligence and prowess at English, and the trustee had decided to send her to college so she could be an author. There was one condition - Judy had to write at least one letter to him each month, informing him of her progress in studies. He wished to remain anonymous, and would never write back, but Judy was to address him as Mr John Smith and keep him updated.

The story follows Judy's letters that bring out not just the happenings in the four years of her college life, but also her development as a girl who literally sees the world for the first time. Judy Abbot is quirky, full of life and curiosity, guarded about her past, yet open to making friends. She writes way more than the stipulated 'one letter a month', because Mr John Smith is the only one who could be called a relation, even though he is only a sort of guardian for her. Nevertheless, she grows close to him, calling him Daddy-Long-Legs, and respecting his wishes (that he sent through his secretary in one-sentence-messages) for the most part. Gradually, the book explores much more than teenage or a parent-child relationship.

As she studies harder and tells Daddy Long Legs about the subjects she has undertaken, her friends - the kind and the conceited, her new dresses and things courtesy Mr Smith, she presents to him a picture of a young, empowered woman. She refuses to follow his orders if she found those unfair, or at least frankly letting him know of her opinion. By way of such a relationship and her personal development, Judy represents the power of education, and how men cannot decide to own any woman or make her do as he wished. She also builds an interest in Mr Jarvis, a kindly man whom she befriends. Despite Mr Jarvis being 14 years elder to her, she feels a strong sense of connection with him.

I found the book's language and writing style immensely refreshing. It was a surprise that this book was written so long ago, as it seemed quite 'contemporary'. It was initially categorized along with chick-lit books of the age and gradually came around to being tagged as a children's book. It is a book for all ages, I believe. There is good humour, sarcasm and intelligent conversations - the perfect ingredients for readers who feel put off by dumb dialogues. Daddy Long Legs is extremely well written! Some might find a few gaps in the story, but the essence of the novel is in the letters and including just that what is important, so I did not mind those at the least.

Jean Webster came from a family of women who strongly believed in education of women, and worked for the cause. That was undoubtedly her inspiration, as the theme of the book relates of social ideas, and presenting those ideas in a light manner, yet being able to drive home the point. (And oh, she happens to be Mark Twain's grand-niece) I'm glad I read this book, and I would recommend it to everyone.

There were so many wonderful lines in the book that I was continuously highlighting paragraphs after paragraphs. Some of my favourites are listed below:


“It isn't the big troubles in life that require character. Anybody can rise to a crisis and face a crushing tragedy with courage, but to meet the petty hazards of the day with a laugh - I really think that requires spirit."

“I think that the most necessary quality for any person to have is imagination. It makes people able to put themselves in other people's places. It makes them kind and sympathetic and understanding.”

“I believe absolutely in my own free will and my own power to accomplish - and that is the belief that moves mountains. ”

"It seems to me that a man who can think straight along for forty-seven years without changing a single idea ought to be kept in a cabinet as a curiosity."

"The world is full of happiness, and plenty to go round, if you are only willing to take the kind that comes your way."

"But what's the use of arguing with a man? You belong, Mr Smith, to a sex devoid of a sense of logic. To bring a man into line, there are just two methods: one must either coax or be disagreeable. I scorn to coax men for what I wish. Therefore, I must be disagreeable."
^ This one is a favourite.