Love Among the Bookshelves by Ruskin Bond

on May 01, 2015
When you read a book you really enjoy, and you feel it has become your ultimate favourite (like the previous ultimate favourites), what do you do? Ask your friends if they've read it, in the hopes of sparking a new, interesting discussion; search the web to find people who've read it; read up book reviews and secretly hate those who hated the book; and then you read up on the author. Who is/was he/she? What did they like doing? What were their views on stories and literature? Did they give any interviews? Can I read those?

From what I believe, these are the typical traits of a reader who loved a book and doesn't seem to have had enough of it. The most ardent readers would not only savour the book over and over, but would also read about the author's story, imagining a person who created a story they could associate with so well.

Therefore, if you are a fan of legendary author Ruskin Bond, the Indian writer who wrote his first book in London at the age of seventeen and decided during childhood that he would be a writer, this is the book that chronicles his reading and writing experiences, and loves. Ruskin Bond begins the book with a clarification - this is not a seamy love story that happened behind a bookshelf, but one person's love of books, reading and writing that happened throughout his life. 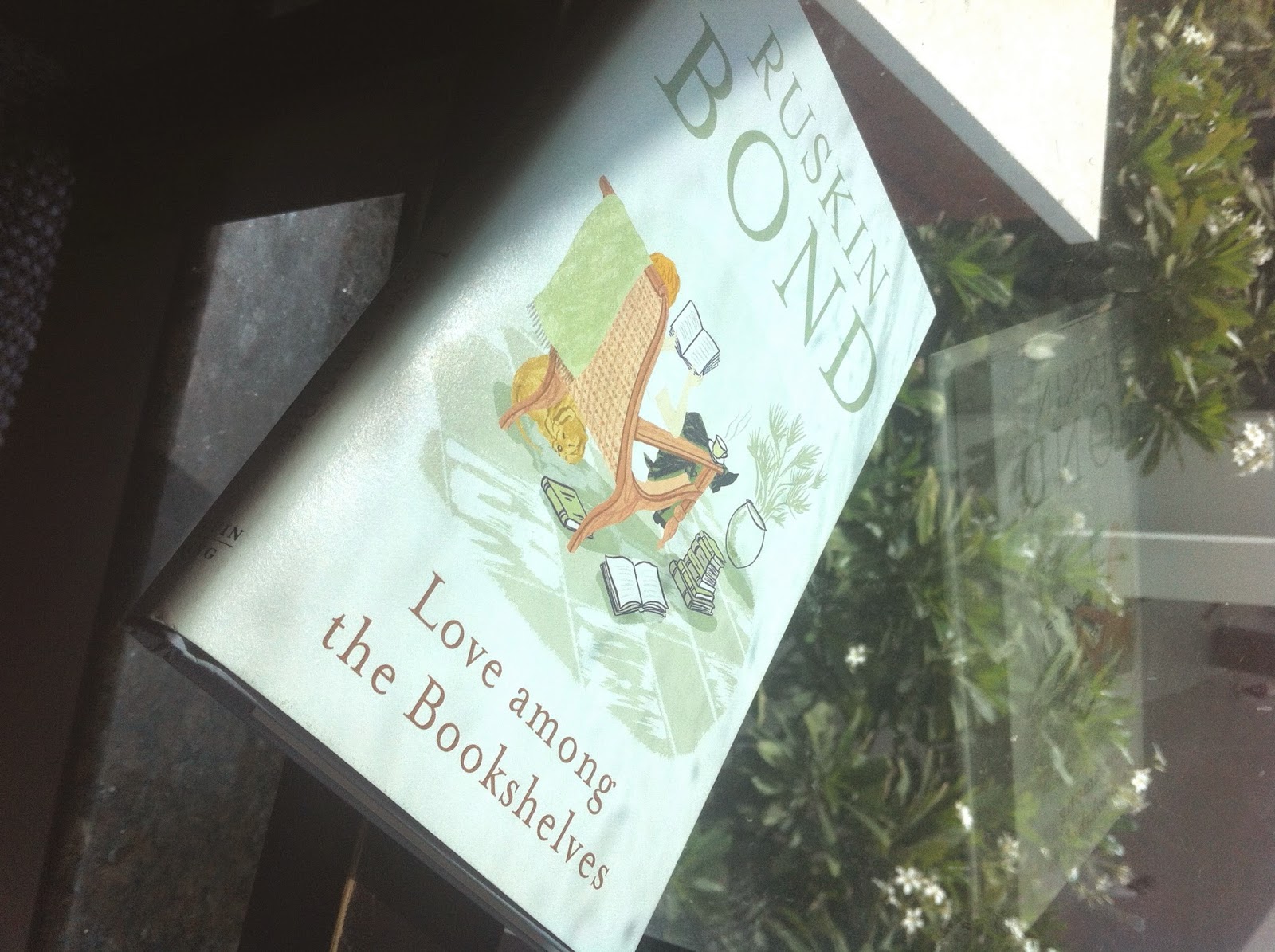 Ruskin Bond was a small boy (of eight, I think) when he accompanied his father in a hunting group. They stayed in a wilderness resort for a few days, when Ruskin realized that he found hunting as a sport rather distasteful. He preferred to stay behind in the lodge and spend time with the caretaker, who left him to his own account for the most part. She did, however, tell him that the books Ruskin discovered there belonged to an old Englishman who had lived there previously, and now belonged to the lodge. By then, he had already read some popular books, but with nothing else to do, he found those books as treasures that opened a whole new world for him. "He reads too many books," complained one of his father's friend, but little did he know how wonderful that habit was.

Throughout the book, Bond narrates his personal relationship with certain books: books that shaped his ideas, that appealed to him in some way or the other, those that held special significance, and nearly all that helped him learn more about the world, or made him experience beautiful emotions. In a writer's life, the books he/she reads matters a lot. Those books are telling of the writer's sources of information, ideas, thought-processes, likes and dislikes. These help a reader grow close to a favourite writer.

It's not even just about Bond being a favourite, but about how someone who identified, against all social expectations, early during childhood that writing would be his sole career focus, managed to do it. And do it spectacularly. Ruskin Bond takes us into his growing years, his years in London, and even shows us a glimpse of his favourite passages/pages from his favourite books, telling us more about those books, those writers, the era they lived in, and why they are still relevant. An ardent reader would enjoy discovering titles they never knew existed, and get a better idea of how it all shaped Ruskin Bond's mind, if one is interested in that kind of thing.

The writing style employed in this book is refreshing, articulate, informative and appealing. I'm not just using these adjectives for the sake of making this look like a book review, but because Love Among the Bookshelf truly deserves all these! I found the beginning chapters really, really interesting, and the level of interest slightly petered out towards the end, but that is entirely personal. You could end up loving it all the more.

There were instances where I had to stop and look for a pencil to mark certain passages or sentences, because of course, Ruskin Bond is good, and when you come across strong these-completely-makes-sense words, you are left with no other alternative than to mark those out.

Details of the book are thus:
Title: Love Among the Bookshelves (as is evident from the post title and the post itself)
Author: Ruskin Bond
Published: April 2014 by Penguin Viking
Pages: 185
Genre: Non-Fiction; Memoir
Find it at: Amazon / Flipkart