Review: Salvation of a Saint... 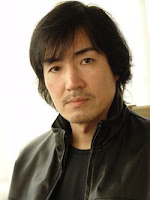 This book has been translated from Japanese.

Salvation of a Saint is the second book in the series, the first being The Devotion of Suspect X (which I've read and trust me, it's amazing! Read review here). Because of the first book's awesomeness, I had a lot of expectations from this book too, which I can safely say were well-fulfilled! :D

Goodreads blurb!
In 2011, The Devotion of Suspect X was a hit with critics and readers alike. The first major English language publication from the most popular bestselling writer in Japan, it was acclaimed as “stunning,” “brilliant,” and “ingenious.” Now physics professor Manabu Yukawa—Detective Galileo—returns in a new case of impossible murder, where instincts clash with facts and theory with reality.

Yoshitaka, who was about to leave his marriage and his wife, is poisoned by arsenic-laced coffee and dies. His wife, Ayane, is the logical suspect—except that she was hundreds of miles away when he was murdered. The lead detective, Tokyo Police Detective Kusanagi, is immediately smitten with her and refuses to believe that she could have had anything to do with the crime. His assistant, Kaoru Utsumi, however, is convinced Ayane is guilty. While Utsumi’s instincts tell her one thing, the facts of the case are another matter. So she does what her boss has done for years when stymied—she calls upon Professor Manabu Yukawa.

But even the brilliant mind of Dr. Yukawa has trouble with this one, and he must somehow find a way to solve an impossible murder and capture a very real, very deadly murderer.
Salvation for a Saint is Keigo Higashino at his mind-bending best, pitting emotion against fact in a beautifully plotted crime novel filled with twists and reverses that will astonish and surprise even the most attentive and jaded of readers.
My Thoughts!
Narrated in third person, Salvation of a Saint is a mystery of Yoshitaka Mashiba's murder by poison. Married to Ayane Mita since the past one year, Yoshitaka was a successful businessman, but his friends cannot think of anyone hating him so much that they'd want to kill him. Now, Keigo Higashino's books have a uniqueness factor, I think, where the mysteries are such that a perfect crime takes place and it takes a whole book, along with the investigators, detectives (Kusanagi, the prime detective-character), an extraordinarily intelligent University professor, Yukawa and innocents to figure out how it was done. The thing that has a huge risk of ruining the book, but doesn't, is that the crime takes place in the beginning and we know who did it! No mystery there! The readers would then be stuck to the book, reading about how everyone's baffled with the crime, the killer included. 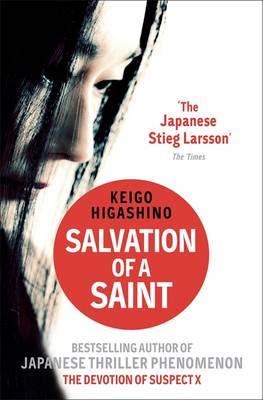 There aren't a lot of characters in this book, which I really preferred. The crime was simple: Yoshitaka died of poisoning in his coffee and we even know who did it! But no one has any idea how it was done. As scene after scene unfolds and as the investigation goes deeper, we don't seem to go anywhere near how it was done. You might find yourself remarking over the killer's ingenuity and cleanliness. There's just not a trace! Moreover, you'd be reading more carefully about the killer's actions, wondering where each of those actions might give a clue, but it doesn't. Maybe I'm dense, but I don't believe that! :P I've read quite a good amount of mystery, but none like this before. Apart from the obvious fact everyone knows about, the killer, it's not predictable. It's a battle of wits, really. Heard people say criminals have the brightest minds? Read this and you'd be forced to agree.

Each chapter ends at a heart-stopping sentence and it's not easy to put down. Or wait, maybe after something astonishing happens, you'd actually stop to marvel over the developments! It's full of surprises! I found myself reading certain passages over and over, just to understand the perfect logic. The writing style is excellent: well described, detailed, providing information in such a way that seems just perfect. No information overload anywhere. Even new characters are introduced in intervals. Trust me, I've been thinking quite a handful as to what were the negatives of the book, but I don't have a point, save for one. It's such a simple story with so much of masala to it, I loved it! The details are especially noteworthy. Makes you understand that catching a crime isn't as much as finding proof as it is about understanding the human psyche. That's what I like best! The crimes are so perfect that the only way to know who is the culprit would be if you understand psychology and if you observe closely.

The only thing I found not-so-good was that the crime seemed too simple. That might be because I'm finding myself comparing this book to The Devotion of Suspect X, but still. This is much simpler than the previous one. Then there's this moment of understanding where you finally understand the meaning of the book's title! Awe-inspiring moment! You've heard that famous saying, 'Good books don't give up their secrets all at once'? Maybe because it's mystery, but I'm sure I've missed something which I'll find when I read the book again after some time!

Some lines from the book I marked:

Kusanagi had met plenty of good, admirable people who'd been turned into murderers by circumstance. There was something about them he always seemed to sense, an aura that they shared. Somehow, their transgression freed them from the confines of a mortal existence, allowing them to perceive the great truths of the Universe. At the same time, it meant they had one foot in forbidden territory. They straddled the line between sanity and madness.

'Sometimes, it's as important to prove there is no answer to a question as it is to answer it.'

Recommended: If you think you'd like a thrilling thriller, Salvation of a Saint is the one for you! For Young Adults, Adults, mystery lovers.

This review is a part of the biggest Book Reviews Program for Indian bloggers. Participate now to get free books!