on June 03, 2015
Everyone must have heard of Frankenstein, even if they never knew that it is a book by Mary Shelley, who started writing it at the age of eighteen, and publishing it when she was twenty. Even fewer people would know that the idea for this book came from an evening's pass-time activity when Mary, her fiance and poet Percy Shelley, friend Lord Byron and John Polidori were sitting in Geneva during a tour of Europe, and had to invent a way to spend their evening. They came up with a contest among themselves for the best ghost story, and the idea of Frankenstein was conceived in Mary's dream that night.

Written nearly 200 years ago, Frankenstein is the story of a young and ambitious man who is taken to the natural sciences at a very young age. Contrary to popular thought (and this is why it is crucial to read books), Frankenstein is the name of that young man rather than that of the creature (or 'monster', 'devil', 'demon', 'fiend') he created. The story has no name for the creature, and probably that's why the cartoon and film versions have named the monster Frankenstein for convenience (and it hurts to know that movie versions would, naturally, differ from the text). Victor Frankenstein belongs to a well-bred family, and his keen curiosity, facilitated by two professors at University, brings him to his doom. He discovers the secret to life, and attempts to create a being to whom he would provide life. The story takes a turn when the creator is appalled by his own creation as soon as it comes to life, and Victor abandons it. 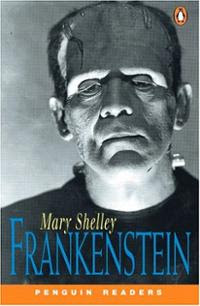 Frankenstein is not really a story of a monster and his evil deeds. It's more about the side-effects of knowledge, meddling with nature, trying to play God, and how unkindness and being loveless can turn one into a monster. The creature is at first loving, and very much like a new-born (except for the minor defect that he looks like an eight-feet tall and gigantic man). However, he has no one to take care of him, and his creator has abandoned him, so the creature goes out into the world on his own and realizes how man would despise him because of the way he looks. He learns to live in the wilderness, and gradually facing rejection from every kind of being he meets, he turns bitter and seeks revenge against his creator.

The story follows the acts of the creature and Victor's increasing despondency. Though the creature acts cruelly, one can't help sympathizing with him. When you read about how much the creature craved love, and how frequently he was denied the basic need for existence, you do feel that his acts were justified and, strangely, human.

Frankenstein is a compelling read. It's written in an epistolary form - that is, in the form of letters. The initial introduction is made by a third observer, a Captain called Walton, who is travelling in the North in his ship. He comes across Victor Frankenstein, lost and barely surviving, and that's how he gets to know his story, and records it in his letters to his sister.

I found Victor's lamentations to be a bit tiring towards the end and too frequent, but apart from that I couldn't help reading all the way. I was also amazed that the author was so young when she wrote the novel, which, apart from being Gothic in theme, also addresses topics like intolerance, delicateness of human nature, and effects of knowledge and ambition. I'm also listing facts about Frankenstein I got to know as a result of reading the book:

1. Frankenstein is the creator, not the monster. His full name is Victor Frankenstein, and he is not a mad scientist either. He's just an ambitious man driven over the edge.

2. Mary Shelley's father was the philosopher William Godwin, and her mother was feminist Mary Wollstonecraft.

3. Frankenstein created the creature in a makeshift laboratory in his hostel room. Unlike the movies, there is no lab on a cliff, nor is there a hunchbacked assistant.

4. In the book, the creature neither has green skin nor bolts protruding from his neck. The physical description describes him as a gigantic, eight-foot tall man. Frankenstein had chosen handsome features for him, but his eyes were white and his skin stretched across his body in a contorted manner so that it made him look very much like an anomaly.

5. The creature was never evil from the beginning, nor was it in his nature. It was the circumstances and lack of empathy that led to him being a monster inside.

6. The novel was originally called: Frankenstein, or, The Modern Prometheus. It was first published anonymously in London in 1818.

7. There is really a Frankenstein Castle around Germany, where it was known that a scientist (alchemist) was engaged in experiments. Mary Shelley had traveled there with her group, and had thus come across it before writing her novel.

8. The first theatrical production of Frankenstein was a twelve-minute silent film, in 1910. (Watch on YouTube here)

Cool, isn't it? If this is not enough, let me share some quotable quotes too:

“How dangerous is the acquirement of knowledge and how much happier that man is who believes his native town to be the world, than he who aspires to be greater than his nature will allow.”

“I was benevolent and good; misery made me a fiend. Make me happy, and I shall again be virtuous.”

“The different accidents of life are not so changeable as the feelings of human nature.”

“What can stop the determined heart and resolved will of man?”

“How many things are we upon the brink of discovering if cowardice or carelessness did not restrain our inquiries?”