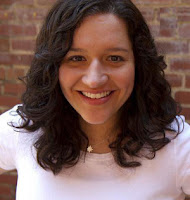 Goodreads blurb!
For thirty-five girls, the Selection is the chance of a lifetime. The opportunity to escape the life laid out for them since birth. To be swept up in a world of glittering gowns and priceless jewels. To live in a palace and compete for the heart of gorgeous Prince Maxon.

But for America Singer, being Selected is a nightmare. It means turning her back on her secret love with Aspen, who is a caste below her. Leaving her home to enter a fierce competition for a crown she doesn't want. Living in a palace that is constantly threatened by violent rebel attacks.

Then America meets Prince Maxon. Gradually, she starts to question all the plans she's made for herself--and realizes that the life she's always dreamed of may not compare to a future she never imagined.

My Thoughts!
*Swooning* and *Sighing* all through was practically the most of what I did while reading this book, which I did non-stop. Thank goodness I chose a Saturday evening and an entire Sunday for that, or else it’d have killed me to wait to read while I trudged around in classes in college. I had been quite fascinated with the beautiful cover, all the while I saw the book coming up last year, reading reviews and the like. You know how much just a little, I’m biased towards going for books by their covers. And pretty covers almost always win! ;) So I picked up The Selection yesterday for the weekend read (even though I still have tons of work for college, but then, an amazing book is a book is a book! :D ) and managed to sleep through last night and continued in the morning. For starters, I didn’t want to stop reading, or rather, it didn’t let me. It’s a light book, yet there’s something weighty about the story so that it’s not something you can discard from your mind easily. At least for me, it’s going to stay on for a while at least. It’s a dystopian world where there are strict rules and the Nation if Iléa, with its somewhat quirky rules and governance has the population divided into castes, right from Ones through Eights, the Ones being royalty, Twos and Threes being close enough to luxury and so on, with Fives consisting of artists, Sixes having helpers, Eights being the poorest. People are classified based on their birth and they’re expected to stick to what they’re supposed to do. Mostly no one ever marries someone who’s a caste below, which is where the trouble arises for America Singer, the protagonist of this almost-fairy tale. America, a musician and singer-performer, loves Aspen, who’s a Six and by fear of having being caught and put into jail for this, the relationship is a secret. She totally wants to marry him, but gets caught up in ‘The Selection’. The Prince of Iléa, Maxon, is ready to choose a wife from the Daughters of Iléa and America is eligible. Her mom makes her fill out the form and for the final 35 candidates, she gets chosen.

Now America’s status naturally rises to a Three and with the compensation the palace is providing her family, she is no longer worried about their hard survival, almost saving up for food. Now, apart from the cover, I’m also in love with royalty and naturally inclined to like stories that talk about plush palaces, kings and queens and their lifestyles in  humorous detail, even more from the point of view of a common girl like me, which was something that happened in this book via America. Needless to say, I loved it! I was initially sceptic about the concept of the Prince looking for a wife this way, but turns out the Prince is confused too! Maxon is actually quite adorable, if I have to describe him. Or maybe I’d also use the word “cute”. He’s such a gentleman and caring and I love the chemistry between him and America.

This is where I was confused beyond repair! Who would be right for America? Maxon or Aspen? While I liked Maxon, I wished he’d stay a friend to America (like he was being) and the love interest should be Aspen, because of the simple fact that they had been together for two years and Aspen was hard working. As the story progressed, I wondered if Maxon wouldn’t be better, but then again I went back to Aspen. I’m still not sure but I think I’d be Team Aspen, as much as I love Maxon. The book was balanced, I believe. Though the main theme was romance, but it was still a dystopian world and the related themes of caste, poverty, rebel attacks on the palace, war, etc were neatly mentioned. Not a single thing went over the board and the whole book was pretty much clean (except for the occasional kiss). Even though I love details but if there had been more to this, I wouldn’t have liked it, maybe. It seemed just perfect, giving the sense of mystery and curiosity, owing to the things that were left unsaid.

These things aside, I quite enjoyed the training and the initial parts of The Selection, when the girls stayed in the palace, were put into pretty dresses and stuff. Told you, I absolutely love royalty! I love America’s character too. She’s strong, talented, loving, smart and honest. If I hadn’t been Team Aspen, maybe I’d have loved America to be the Selected One. Right now I wish it would be Marlee, but all this remains to be seen in the next books! The ending has left me wanting for the rest of the story, but I have to admit, it did end on a satisfactory note, what with it being the first in the series and thus, having a cliff-hanger-type ending. The next book, TheElite, will be out in April 2013 and I just cannot wait enough for it.

Recommended for: Young Adult readers, those looking for a nice romance story, dystopian lovers, and girls who love princess-stuff! ;)