on September 06, 2016
This post is not exactly a review, so I haven't included even a bit of a storyline. You might find the names codswallop if you haven't read the books or seen the Jurassic Park movies.

What am I talking about?
Book titles: Jurassic Park and The Lost World
Author: Michael Crichton
Published: 1991 and 1995 respectively
Find your copy at: Amazon / Flipkart
Genre: Science fiction
My rating: 5/5 (expect fangirl moments)

We're all familiar with the awesome Jurassic Park movies that generated (or rekindled, in some cases) our interest in dinosaurs--those majestic, prehistoric beasts. My favourite parts in the movies were to do with the tyrannosaurus rex. What a huge, terrifying creature! When I picked up the Michael Crichton novels on which the movies are based upon, I didn't know what to expect--could the books be better?

Verdict--The two are awesome in their own place, but if you are even a teeny weeny bit interested in dinosaurs or the science of evolution, Jurassic Park and The Lost World are a MUST to read. They're fabulous, unputdownable, and filled with science info you wouldn't really wish to miss. Some readers might find the mathematical and science theories too integrated in the books, but it really worked well for me. For one, I understood the story depicted in the movies a lot better than just watching them. Two, nothing seems unrealistic when you're reading the books (except perhaps for the dumbness of some characters). The creation of dinosaurs for the world's most fantastic theme park, the ideas behind it, the way things go wrong--I enjoyed reading every.single.word! It was impossible to put down. I've read these books through nearly everything, including work. I found Jurassic Park more exciting, and The Lost World a little slow, but they're both worth reading. 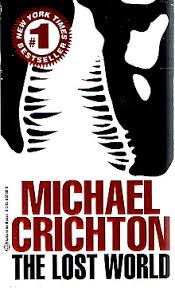 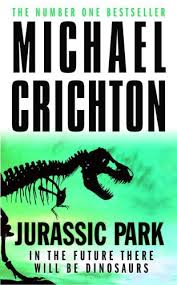 Literary view--The writing style might not appeal to all readers. I found it a bit... 'unpolished' if that's the word. But that's just it. The mechanics of writing are in place, the text ensures you are immersed in the story and can imagine everything happening, and you wouldn't stop reading the story unless you wanted to look too closely into the writing style. I also sometimes thought that the characters don't develop very well either (except for the children maybe). The focus is all on the story. I thought about it, and... well, why not? It's not expected to be a literary genius.

The book presents a warning to the concept of genetic engineering, and bases a lot of value on its rationale using the mathematical 'chaos theory' (read it on Wikipedia here). It seemed to me that this whole concept was missing in what I knew of Jurassic Park so far.

So... what's different in the books from the movies?
The books are 2. The movies are... what? 4? Imagine a stock of information, action, descriptive scenes without the needless ooh-aahs of the movies. Quite obviously, there are changes in characters and storylines in the movies where they've deviated from the books. Examples could be: having an older girl and younger boy as children in the first movie as opposed to an older boy very much interested in dinosaurs and his six year old sister. Another example--The Jurassic Park book begins with the beach scene where a small girl is attacked by "a" compys, whereas The Lost World movie begins with that scene, with the added spice of lots of compys attacking her. These are still the minor changes. The third and fourth Jurassic Park movies use the characters and the backstory from one and two, but there are no books on which they're based.

Besides, I also thought about that mighty T-rex. Though it makes a heavy impression every time it appears on the scene, I felt the real terrors in the books were the raptors (velociraptors). They're small, they're strong, they have sharp bites, but most of all, they are intelligent and have a brain sense more than any other dino, making them truly dangerous. The raptors ruled the books. It was real fun to learn so much about dinosaurs (their traits, social behaviour, etc. even though a lot is still not known and it was based on many assumptions). I mean, I could talk about a T-rex, compys (Procompsognathus), velociraptors or sauropods without at least stumbling upon their names. I'm much more interested in not just dinosaurs now, but also about evolution (my next read is The Sixth Extinction).

Any of you read the Jurassic Park books? What are you waiting for? Life’s really short. Get going already! Here are some quotes from the books to inspire you some more:

“In the information society, nobody thinks. We expected to banish paper, but we actually banished thought.”

“Living systems are never in equilibrium. They are inherently unstable. They may seem stable, but they’re not. Everything is moving and changing. In a sense, everything is on the edge of collapse.”

“Because the history of evolution is that life escapes all barriers. Life breaks free. Life expands to new territories. Painfully, perhaps even dangerously. But life finds a way.”

“Whatever it is you seek, you have to put in the time, the practice, the effort. You must give up a lot to get it. It has to be very important to you. And once you have attained it, it is your power. It can't be given away : it resides in you. It is literally the result of your discipline.”

“All your life, other people will try to take your accomplishments away from you. Don't you take it away from yourself.”

“Life is wonderful. It's a gift to be alive, to see the sun and breathe the air. And there isn't really anything else.”

Okay, I'll stop. You get the drift. Go get these books now!