The title to this third book in the Airhead Trilogy can be deciphered in two ways- Runaway because that's how Em looks like in the beginning, a Runaway gone to South Carolina with Brandon Stark (though of course the real Nikki, her mom and Steven, Nikki's brother are with them too, but that's a secret) and Runaway because in the end Em runs-away, from her fake new life, from all the stupid contracts, from her secret identity. She has uncovered the dark truth about Robert Stark and exposed him to the media. Stark's arrested and she's back to openly living life as Em! I think this one is the best in the series. It has action, it has mystery, it has secrets!

Storyline
Em's been 'kidnapped' (at least that's what we say when she's been taken against her will) by Brandon, who takes Nikki's family and Em to his South Carolina home, in order to coax the truth out of Nikki- the secret that she knows, the secret that led to this tangled mess in the first place. However, Christopher, Frida and Lulu somehow sneak into the guarded house and try to rescue Em. In the process, they tackle down Brandon and blackmail him into keeping quiet and return to New York. Now Em knows why Stark wanted to kill Nikki, she has the secret but is still clueless; no one knows how tracking down young kids with zero health problems and retaining their info using their spyware could be useful to Stark. 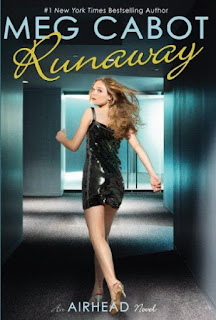 Just when Em's about to leave for a party before the Stark Angel Fashion show, Christopher calls her and asks her not to go anywhere since he found out that Em herself is called a 'Project Phoenix', a secret project by Stark that's tracking down young people. Em decides to find out the truth and heads for the party. With a bit of snooping around, she sneaks into a room filled with extremely rich, old people, carrying out kind of an auction of young people! That's the catch- they 'kidnap' such fit people and legally "kill" them to carry out brain transplants for the old rich ones so that they could live a longer, healthier life! An insane scheme! Em records it on her phone, but she's caught and threatened by Stark. She however, had recorded the thing on two phones, and at the end of the New Year party, she, along with Christopher, Felix and others, discloses this fact to the world! Stark is arrested and Em is back to living her old life (though she's still the Face of Stark, a newly revamped company led by Brandon, with Nikki as her agent and Christopher and Felix working in Stark's technical department).

What's special
Mystery, secrets, danger. Something usually not seen in Meg Cabot books, it has definitely made this book the best of the trilogy (I said that before, didn’t I?). The clever scheme to earn fat bucks by Stark, the scientific edge to it and the way the mystery’s unravelled; it’s all quite appealing and makes it an interesting read. I would call it a clean, simple and interesting book, recommended for teens!

(Other books in the series- Airhead, Being Nikki)