Book Talk: The Boy in the Striped Pyjamas

Blurb excerpt from Goodreads
Bruno is nine years old, and the Nazis’ horrific Final Solution to the “Jewish Problem” means nothing to him. He's completely unaware of the barbarity of Germany under Hitler, and is more concerned by his move from his well-appointed house in Berlin to a far less salubrious area where he finds himself with nothing to do. Then he meets a boy called Shmuel who lives a very different life from him -- a life on the opposite side of a wire fence. And Shmuel is the eponymous boy in the striped pyjamas, as are all the other people on the other side of the fence. The friendship between the two boys begins to grow, but for Bruno it is a journey from blissful ignorance to a painful knowledge. And he will find that this learning process carries, for him, a daunting price.

My Thoughts!
Before reading this book, I had imagined it to be something really, really profound, considering it’s been made into a movie as well. Based on the horrific time of the Holocaust, The Boy in the Striped Pyjamas follows the story of nine year old Bruno who lives happily in Berlin. His father is a senior soldier, and one evening, ‘The Fury’ decides to come to dinner at their home. He’s the man who runs the country, and although Bruno doesn’t realize it, it’s a pretty big deal. Bruno’s father is promoted to the post of Commandant, and he tells the family they’re to move to a new place that Bruno calls Out-With. He’s horror struck at first, and doesn’t understand what all the fuss is about. He cannot surely leave his three best friends for life! But the move is made, and soon enough Bruno feels he’ll go mad if he just stayed put. So he decides to explore.

Part of the new house that disturbs him is the view from his window. He can see a huge wire fence, taller than their three-storied house, going endlessly on both sides. And behind the fence, he sees desolate men and children, all in striped clothes and matching caps. When he decides to explore around, he walks along the fence and after some time, finds a boy his age sitting behind the fence. The two become friends. The year that follows is one where Bruno is gradually exposed to the horrors of the world, and the book describes how he feels about the same, and how he acts. After about a year, their mother decides she’s had enough and wants to take the kids (Bruno has a twelve year old sister Gretel) back to Berlin. Now Bruno is sure he will badly miss his new friend, Shmuel, so he decides to do something special for his last day at Out-With.

The story has been narrated in third person, and written as a children’s book. It’s suitable for all ages, though. From what I could infer from the writing style, the story and the theme, the author tried to put forward a child’s viewpoint about the horrors of war, and how it affects them. It definitely talks about a friendship without limit or distinguishing between communities and caste, away from the malice of ignorance. By playing down with words the terrible events at Out-With, it seemed the author wanted to talk about mistreatment and the terrible things that happened at concentration camps, which he managed to. Somewhat. 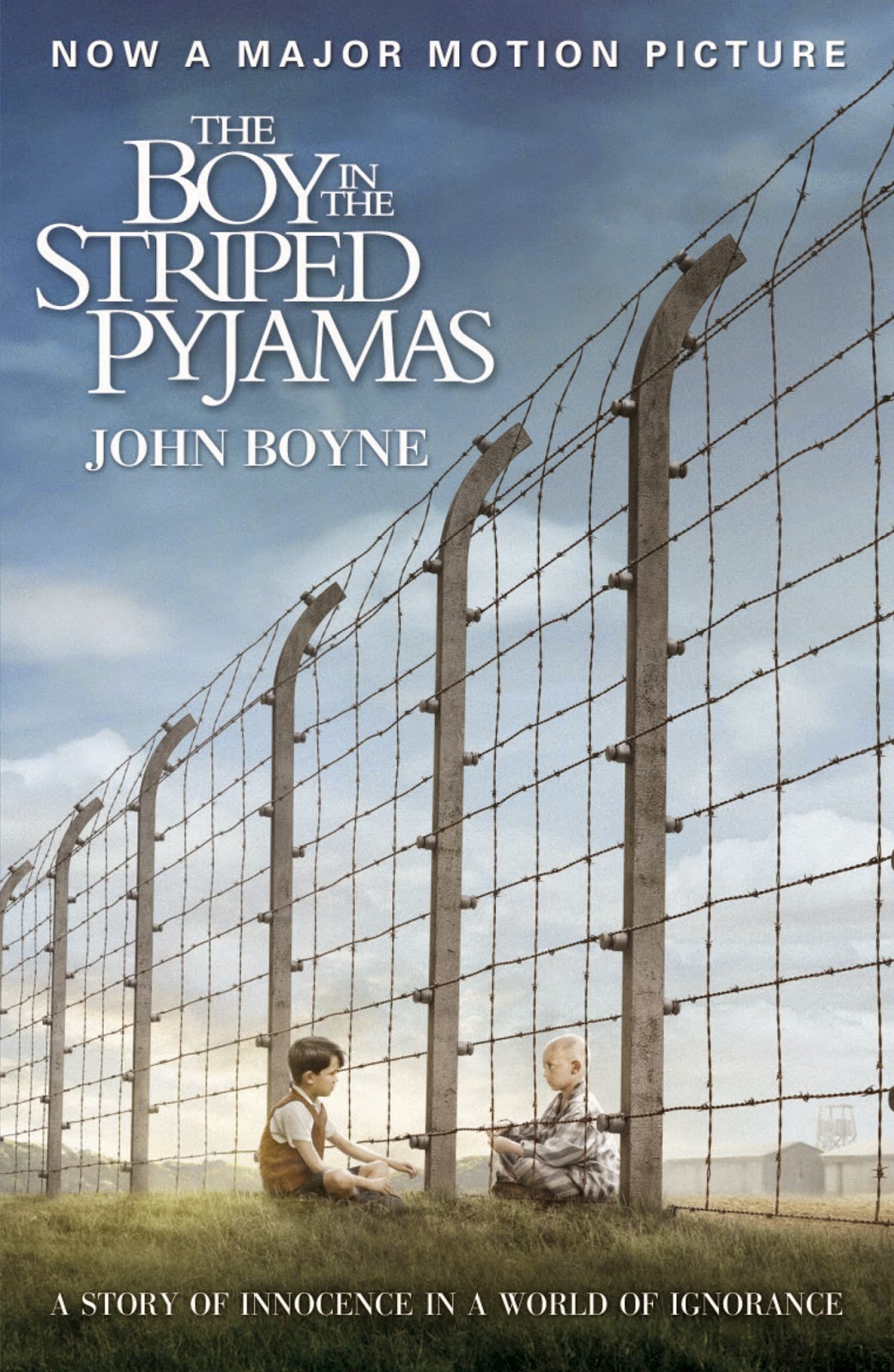 I had been feeling pretty much okay with the book until I read a couple of comments on Goodreads, which was when I realized that that’s what I feel too, to some extent. To begin with, Bruno could have been shown a more... understanding child. It is reasonable to assume he’d be innocent at age 9 and seeing things like that for the first time, but perhaps if the mother, if not the father, could have sat him down and told him why they moved at all. That’s what would normally happen, right? What I found slightly off-putting was that a whole year passed when he was friends with Shmuel, yet there’s little progression of his maturity. A kid listening to stories about the other side of the fence for a year, looking at his emaciated friend should be able to understand things better.

As for the ending, since I hadn’t yet watched the movie, it was pretty surprising, and I wished it weren’t that way, but well, even if it’s sad, it made a point. And drove it home. I just wish the last chapter could have been more elaborate, but then again, I think it goes with the way the book has been written. The focus is almost entirely on Bruno. Overall, it’s a light read in terms of writing style, not so much in terms of content. It might not be the best book themed around the Holocaust, but for younger readers, it makes its point quite well. I’d recommend giving this book at least one read. And then perhaps enjoy the movie version (which I've heard is better!)

Quotes from the book
“Don't make it worse by thinking it's more painful than it actually is.”

“. . .only the victims and survivors can truly comprehend the awfulness of that time and place; the rest of us live on the other side of the fence, staring through from our own comfortable place, trying in our own clumsy ways to make sense of it all.”

“Just because a man glances up at the sky at night does not make him an astronomer, you know.”

He looked down and did something quite out of character for him: he took hold of Shmuel's tiny hand in his and squeezed it tightly. "You're my best friend, Shmuel," he said. "My best friend for life.”

PS- The Fury in the story is Bruno’s version of The Fuhrer, the German word for Hitler. Similarly, Out-With is Bruno’s mispronounced version of Auschwitz.