The first time I came to know about this book was when a friend was buying a copy, saying she had heard it’s a good one. Now when someone says that, that too the friend whose reading taste somewhat matches mine, my expectations from the book turn incredibly high. Now that I’ve read it, I think she was right, it is indeed a good story, but it didn’t reach my extended level of expectations exactly.

Goodreads Blurb!
The world is changing - the government has seized control of every aspect of society, and now kids are disappearing. For fifteen-year-old Wisty and her older brother Whit, life turns upside-down when they are hauled out of bed one night, separated from their parents, and thrown into a secret compound for no reason they can comprehend. The new government is clearly trying to suppress life, liberty ... and the pursuit of being a normal teenager.Imprisoned together and condemned to death, Wisty and Whit begin exhibiting strange abilities and powers they never dreamed of. Maybe there is a reason they were singled out. Can this newly discovered witch and a wizard master their skills in time to save themselves, their parents - and maybe the world?

My Thoughts!
Witch and Wizard is fantasy, magic, humor, surprise and innovative too! I really like the story, the concept of different worlds and half-lights and curves. The New Order and all “The One”s was what I found were something new and refreshing. Creative, more like. Gradually the New Order has been accumulating power and control of the world(s), banning all sorts of books, movies, art forms, etc which seem to be too 'liberal' according to their new standards. Wisteria (Wisty) and Whitford Allgood (Whit) are siblings, 15 and 17 (almost 18) respectively, who wake up to find that they’re getting arrested by a total bunch of lunatic-like people. There’s something wrong, as their parents seemed to know what was happening, scared faces not being much of a help, except that they give both their kids one thing each: Wisty gets a drumstick and Whit an empty journal. They’re confused and aggressive and trying to break free of restraints while they’re carried into a criminal court in the New World, and later on dumped into a Hospital, which has been modified to restrain magic. 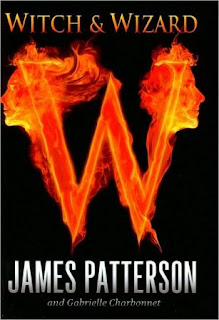 The rest of the events are surprising, fast-paced and it’s not predictable. You can’t know what’s happening, which is good as it makes a reader want to read further more. The sequencing was also well planned, as it did not feel like jumping from one scene to the next, even though the book alternates between Whit and Wisty’s viewpoints. This can get a little bit confusing, though. Because when you’re totally into that reading flow (which would happen easily here, thanks to the fast pace), you don’t want to stop at each chapter and condition your mind to think about whose POV it is.

What I think made the book seem lower than what I had expected is the writing style. It is too plain, there are very little descriptions in parts, so that in some places you don’t even know what is being talked about. Yes, there was some kind of a flow that made me read the book in less than two days (and it can be read in a day as well. It’s that fast), but I would attribute that quality to the continuous storyline. It’s engaging, it makes a reader curious, it can be read in a breeze! The only trouble was the clumsy way it was written. I have read a few other James Patterson books and those were lovely, maybe that’s why I had high expectations? If just there would have been more descriptions, I’m sure it’d have been much better.

The other thing I had a tiny trouble with was the way Whit and Wisty didn’t seem to be 18 and 15! Wisty, especially. She’s a smart-mouthed girl, and on top when it comes to wit and humorous dialogues. I loved that quality, but she seemed more like a young teenager, not even 15. That’s just my perception, though. That might not even be the case for everyone else. Overall, it’s a good, light read. It’s fast, engaging, innovative and yes, I think original too. I loved the parts where they discover and use their magical powers. I liked even more the connection and love between Whit and his ‘girlfriend-who-went-missing’, Celia. I’d recommend this book to young adults, teenagers and maybe even kids. It’d be a fun read for them! :)

Some note-worthy quotes from the book!

‘Sometimes people are afraid of those who’re different. Being afraid makes them angry and unreasonable.’

‘Funny thing about concentration- you don’t realize how little you do it until you finally do it.’

I found this one really funny. It’d give you an idea about Wisty’s POV narration:

‘I didn’t like it one bit inside Whit’s pocket, especially once he started to run. It was like being on a boat in a tough sea: up and down and up and down. Within a block I felt myself going green and I half wondered if there was a spell I could mutter for mouse-size motion-sickness pills. It would not be cool to barf in my brother’s trousers.’