In Other Rooms, Other Wonders... 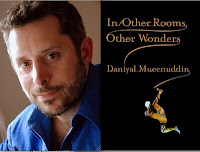 Title: In Other Rooms, Other Wonders
Author: Daniyal Mueenuddin
Published in 2009 by Random House India
Pages: 247
Find it at: Flipkart / Amazon
My Rating: 3.5/5

Goodreads Blurb!
Passing from the mannered drawing rooms of Pakistan s cities to the harsh mud villages beyond, Daniyal Mueenuddin s linked stories describe the interwoven lives of an aging feudal landowner, his servants and managers, and his extended family, industrialists who have lost touch with the land. In the spirit of Joyce s Dubliners and Turgenev s A Sportsman s Sketches, these stories comprehensively illuminate a world, describing members of parliament and farm workers, Islamabad society girls and desperate servant women. A hard-driven politician at the height of his powers falls critically ill and seeks to perpetuate his legacy; a girl from a declining Lahori family becomes a wealthy relative s mistress, thinking there will be no cost; an electrician confronts a violent assailant in order to protect his most valuable possession; a maidservant who advances herself through sexual favors unexpectedly falls in love. Together the stories in In Other Rooms, Other Wonders make up a vivid portrait of feudal Pakistan, describing the advantages and constraints of social station, the dissolution of old ways, and the shock of change. Refined, sensuous, by turn humorous, elegiac, and tragic, Mueenuddin evokes the complexities of the Pakistani feudal order as it is undermined and transformed.

My thoughts
When I began reading this book, I thought I understood the theme and definitely liked it. The first chapter, the story of an electrician in Lahore, at KK Harouni’s farm is a glimpse into the life of a very ordinary man working for a living, to give his family (his wife, 12 daugthers and a son!) a fairly comfortable life, at least as far as the low income families can go. It goes on to describe how he managed to get a motorcycle from Harouni, exploring new places for his work and earning a bit more. When he is confronted with a thief intent on stealing his bike, Nawabdin does all he can to save the thing that became an integral part of earning his livelihood. It was only when I reached the consequent chapters did I realize how the book’s been set up. 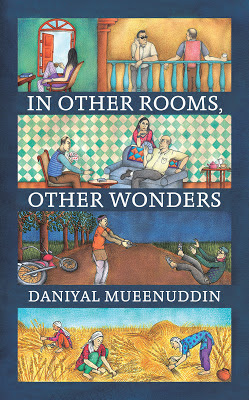 There’s a wealthy Pakistani family, with KK Harouni as the family elder. Each chapter is a story of different people associated with him, some his blood relations, some the servants serving him. It gives quite an interesting glimpse into the separate lives of connected people, displaying how we all can differ and how our separate lives are kind of a secret. Something our families really don’t know. Most of all, I liked the realism about the book (where I didn’t feel that way, is described further). It’s no fantasy story, the characters seem peculiarly real and the day-to-day instances and events have been described beautifully. You know how the Richie Rich guys are, how they behave, what all matters to them. You also know how servants live, having their own twisted lives, gossiping and chatting and loving. It’s all in the book, served as words, just as it actually is.

I will definitely say the book got a lot better towards the second half, probably because of introduction of new characters, getting out of Lahore for a while and learning about people’s lives outside the farms.

My favourite stories include:
‘About a Burning Girl’: Open display of how people play with words, even when both parties know the truth! I mean, it’s so ‘Indian’. I guess we’re not so different, after all. The shrewdness is in all of us.

‘Our Lady of Paris’: Primarily because it’s one glimpse into a fashionable and lavish lifestyle of the Harouni family in Karachi, as well as when the son, Sohail is in Paris with his lover, Helen. I think this Harouni is a cousin or something. I’m kind of confused with all those characters. Anyway, there’s the word play again, where Sohail’s mother indirectly shows Helen what she wants for her son and that Helen doesn’t seem to fit.

‘Lily’: A fashion-loving, partying girl loving Murad, a Harouni family member, living in his farm after their marriage, idling time. I don’t think it’s a complete story, just what happened and how they expect it to go forward. I nevertheless liked it for how easily it shows the confusions of our lives!

‘A Spoiled Man’: This is one story, the first half of which I can call ‘cute’. There’s an old man, Reazk who finds refuge with the Harouni’s weekend home above Islamabad. He had left his home years ago and was proud of his wooden cabin-like home with its easy-to-take-down windows, the red rug, his bed and drawers, the spittoon and everything. He carries this home where he lives, the latest one being the Ali Khan lands, four or five acres of land just up the road from the main house. Thanks to Sonya, Sohail’s wife from America, he gets a salary of 9000 rupees a month like other servants and thus gets more than he ever thought he would. I feel it’s kind of a satire on the way we live and the lives of servants. He’s called a ‘spoiled man’ because he gets little liberties he otherwise couldn’t afford.

I love the writing style, no doubt. It’s quite descriptive and is able to give readers a feel of the place and events. It’s too easy to imagine what all is going on, the images, the people. Full marks on that! There are a couple of things that personally didn’t seem too right to me, somehow. One, I can’t call it a novel, even though the stories are about people living together or at least belonging to one place, but it’s a bit difficult to interlink. I guess that’s mainly because there are just too many servants, considering the family’s size. I mean in terms of land and not just one home (there’s a different summer home in Islamabad, for instance. Plus some members are staying in the US and their stories are based in different countries, along with Pakistan).

That’s where the second thing comes. I felt there was a lot of cheating-on-your-spouse thing and what made me squirm inside the most was the old members of the family getting attached to the young maids. And not just emotionally. True, that happens, but when you see a lot of it in just one family (and also among the servants themselves), it becomes too weird to be true. While it does make a lot of sense: of different people having different backgrounds (sometimes disturbing stories), the need to be loved and respected, that it comes down to being a human after all, it seemed to be in a lot of stories, so much so that I kind of expected the same thing to happen in those stories towards the end, where thankfully, it didn’t.

Overall, the book gives you a peek into Pakistan as you never knew it. It was a different kind of a book for me, a break from all those fantasy stories that cloud my head ;).

Thank you Random House Publishers for this book!