Review Shots... To Kill a Mockingbird and Career of Evil

on February 02, 2016
I've been too much behind schedule to be able to review books regularly, thanks to the new routine that leaves absolutely no time to write, though thankfully lots of time to read! The few books I missed writing about are mentioned in this post with short, quick reviews (in two parts).

Book # 1
To Kill a Mockingbird by Harper Lee

I am really not ‘reviewing’ this book, because it doesn’t need one. This is about me and this book. 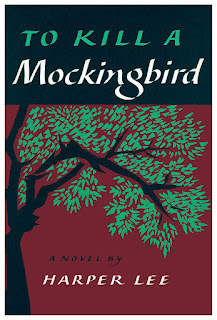 If it hadn’t been a gift on my birthday, this classic would have stayed unread for a long time. Earlier, I’d thought that it would be a heavily-written book (like so many prize-winners are), but it turned out to be such a surprise! (This reminds me that I should do away with my fears of spotting a spoiler in reviews and go read Goodreads reviews anyway).

Harper Lee narrates the story of a black man falsely accused of rape in the town of Alabama. Written from the perspective of Scout and her brother Jem (first-person narration by Scout), the book revolves around life in a sleepy town in Alabama, touching upon themes of racial discrimination, societal discrimination and adult expectations. It is a childhood tale that explores the many facets of human behaviour—innocence, curiosity, kindness, sympathy and love.

Scout and Jem are being raised by Atticus Finch, a lawyer who faces threats and societal pressure for defending the black man. I can’t decide who I like best in this book—Scout or Atticus. Ever-curious, smart and sincere, Scout hangs on to the teachings of Atticus (they call their dad by his name!) and it all comes out so well-formed. She dislikes school because they teach stuff she already knows, because Atticus taught her to read way before she began school, but she is encouraged to manage it anyway.

I remember reading an article on the best fictional fathers, and Atticus Finch was among the top. Now I know why. Apart from the (biased view, perhaps!) fact that I saw so many similarities between him and my father, he came across as such a well-balanced man. For traditionalists, he might not seem like an ideal father, but the way he is presented, everyone seems to want Atticus Finch for dad.

As far as writing style is concerned, it is one of the best I’ve read. Dealing with a “serious” and “heavy” theme, one might suppose (as I had done) that it’d be a difficult read. But the book is narrated from the POV of children, and those with brains, so it makes for a witty, funny and engaging read.

And then I read somewhere that its next book, Go Set a Watchman, shows Atticus in a negative light and Scout is all grown up, which was such a bummer because I was also gifted a copy of that book. It will now rest on the shelf till I feel well enough about having to read something not-so-glam about my beloved Scout and Atticus. (To be fair, other characters in the book were quite awesome too. Special mention for Jem, Miss Maudie and Dill, their friend.

Some quotes from the book I loved:

“Until I feared I would lose it, I never loved to read. One does not love breathing.”

“People generally see what they look for, and hear what they listen for.” (Hmm...)

“They're certainly entitled to think that, and they're entitled to full respect for their opinions... but before I can live with other folks I've got to live with myself. The one thing that doesn't abide by majority rule is a person's conscience.” 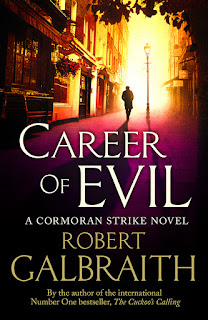 The third instalment of the Cormoran Strike series (after The Cuckoo’s Calling and The Silkworm) is as thrilling as its predecessors, though even more gruesome and very much for adults. It has all the elements of the kind of book that I, as a reader, am not comfortable with, but it’s a universally known fact that I’m in the magical snare of Ms Rowling and just cannot feel anything but excitement for anything she writes. Actually, cross that out. It only goes to show how the author can tackle horrifying themes and include it them in her writing without making the reader want to stop. This book is so unputdownable! (not an actual word, but just THE word!)

The book alternates between a third person account and a first person account of... the killer! In an online article, I read J.K. Rowling’s statement that she had literal nightmares while she had been researching for and writing this book. She had to delve deep into the psychology of a psycho killer, and it couldn’t have been pretty. She used that knowledge very well, though, in bringing out this killer character with a first-person account. He really makes you want to get inside the book and stop him, but you end up biting your nails or your tongue or the insides of your cheeks as the killer goes around doing psycho stuff.

One of the best things about this series is just how much like a series it feels, even though it is a thriller series, which usually keep characters’ personal lives to a bare minimum and focus on the case. In this series, Strike and Robin’s personal lives not only intermingle with the case but also depict character development over a period of time, so that it ends up feeling like a long, ongoing tale. I like how that feels.

Another thing I noticed was a marked difference (improvement) in writing style. In some places in The Cuckoo’s Calling, it didn’t seem well-put but it didn’t feel that way in this book. What I liked less in the previous two books was a lack of explicit explanation in the end. It was the same problem in this book, although it was definitely better than in the previous books. It works for some people, but I need some explaining (not an active thriller reader, I guess). In any case, if thrillers are your thing, the Cormoran Strike series is a must-read!

Quotes:
“You could find beauty nearly anywhere if you stopped to look for it, but the battle to get through the days made it easy to forget that this totally cost-free luxury existed.”

“Those who did not know the ocean well forgot its solidity, its brutality.”