Plot Summary (Goodreads)
Orphaned into the household of her Aunt Reed at Gateshead, subject to the cruel regime at Lowood charity school, Jane Eyre nonetheless emerges unbroken in spirit and integrity.
She takes up the post of governess at Thornfield, falls in love with Mr. Rochester, and discovers the impediment to their lawful marriage in a story that transcends melodrama to portray a woman's passionate search for a wider and richer life than Victorian society traditionally allowed.
With a heroine full of yearning, the dangerous secrets she encounters, and the choices she finally makes, Charlotte Bronte's innovative and enduring romantic novel continues to engage and provoke readers.

Jane Eyre and I
Sometimes, I think we develop a relationship with stories and certain books in some way or the other, not really related to the actual story. You may have a book that was your first ever solo-read, the one your school best friend gifted, the one you got from the book fair the first time you visited. One you remember reading way before your classmates, and other kinds of attachments. There was a time in school when I loved classics, not really knowing what classics are. Considering how I had enjoyed Charles Dickens way back in school more than I enjoy it now, I also think the best experiences are derived when you read a book at a certain time. Maybe when you have an interest at the same level, or maybe depending upon age. 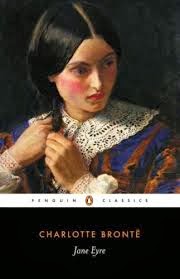 When my dad took me to Old Delhi for the first time, I was just ending middle school. He wanted me to see the big Nayi Sadak market, full of books, mostly academic. More than that, he simply wanted me to get a feel of the old-style Delhi, crowded and filled with narrow lanes, so different from the relatively open area where most Delhi-ites usually live. He particularly was excited about a lane he believed was the narrowest. It was so narrow that he said only one person can pass through at a time, and there was no chance of two people coming in from opposite ends and making it the other way at the same time. I saw for myself that it was true, as the lane narrowed down even more towards the end.

We walked through it, one behind the other, and came out to find a tiny stall filled with second-hand books. Some books were put upon a manji  (portable cot) and some more spread on a newspaper on the ground. Instinctively, I picked up a small book from the ground, with the binding peeling off and found the first page partly stuck to the old binding. But I had to have one book. That's how I was. It was pretty old, and very cheap. We bought that book and went back through the narrowest lane, with me feeling exhilarated with this adventure. The book I got that day was an abridged copy of Jane Eyre.

The Book
I remember feeling so into the story when I read it for the first time, feeling sorry and kinda depressed by the events in Lowood school, and feeling weirded out by how Mr. Rochester and Thornfield hall was. I re-read that book two-three times more, each time feeling more and more connected to the story, understanding things better as my own maturity level grew. Earlier this January, I picked it up again when I could not decide on a title from the unread books, and all those feelings came rushing back after years, and I felt more excited and happy to see I remembered the events as they really happened, still feeling close to Helen, Jane's friend, however a short appearance she might have. I think I liked the book so much more because it has a happy ending, things getting into place.

Jane's a strong character and I love that about her. Plus, this time that I read the book (considering I'm more understanding about people), I saw how scary it must have been for her as a child to live in Reed's house and getting bullied by those kids. Then living in Lowood and losing a friend to illness. Finally arriving in Thornfield and feeling at home. It's something to think about, how difficult it must be for her to finally find people who could care for her? How hard it must have been to accept love, and contempt at the same time. How relieving it must be to know that you were cared for. It's not that tragic a story, but I find it painfully beautiful, just because I myself cannot imagine living in such conflicting environments.

Since I've read the abridged version, I don't want to comment on the characterization and writing style, although Jane as a character seemed to be someone you would want to comfort, and encourage her all the way through. She's not stupid, and knows how to take care of herself. She's got emotions and a good presence of mind. Mr. Rochester is kind, yet mysterious. The way the story ends, it seems to bridge in all the gaps and filling in the missing pieces. I liked it because it showed a woman's happiness in a life thus so far lived with disappointments and anxiety. It's an interesting book to read, and I am sure that the next time I re-read it, it'll be awesome still. :)

Have you read this book? What do you think of it? :)