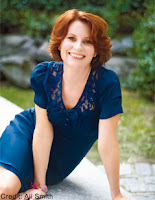 About the Book
Jean Honeychurch, a sixteen year old girl seems to have a very bad luck and not just because there was a terrible storm when she was born. Her family calls her 'Jinx', considering how bad things keep on happening around her (not gruesome bad, but embarrassing bad). She lives in Hancock, Iowa but because of a particular 'reason', she comes to spend part of her school year at Chapman School, New York, living with her mother's sister's family, the Gardiners. Tory, Jean's same-age cousin is drastically different from how Jean remembered her from five years ago, from an impish chubby girl to a hip, drug-taking girl who's also part of a witch coven, believing she's a witch (as predicted by their great great great something grandmom Branwen, who happened to be a famous witch).

Only Tory doesn't know what happens when you play with magic, not knowing what you're doing, something that Jean knows only too well. She tries talking Tory out of it, but it's of no use. Jean takes a fancy to Zach, their neighbour and school mate on whom Tory also harbours a major crush. Not that Zach is interested in Tory. For the major part of the book, Jean believes Zach loves Petra, the Gardiner's au pair (who has her boyfriend and is old for Zach anyway). Jean and Zach form a close friendship, especially after Jean saves him from a speeding bike messenger. There's something secret all through, about Jean, the thing she's running from and pure magic.

My thoughts
I love Jinx! The character and the book. The way Jinx's 'bad luck' is emphasized, isn't really 'in-your-face', but subtle and thrown in at the appropriate moments. I too, am a really clumsy person and I could totally understand those little incidents Jean's struck with. She's a strong character and really smart. The best thing I like about Jean is that her bad luck thingy doesn't come in the way when she's faced with trouble. If Tory's teasing her, she knows how to react (or how not to react, for that matter), she's considerate, sweet and loving, stuck with her image as a 'preacher's daughter', though going off track to do what's right, nevertheless. And oh, she's daring too! 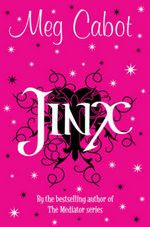 Needless to say I loved Zach's character as well. Of course I wanted Jean and Zach to be together, of course I loved the chemistry between them, those tit-bits and sweet stuff! (Not sickly sweet, I might add. Like me, Jean doesn't like that mushy stuff too). A good looking, smart guy, not-popular by choice, falling for a girl at 'I haven't been to King's Island'! The way he feels for Jean and how he feels 'amused and exasperated' when she doesn't seem to know that, is just so cute. As for Petra, she definitely is a sweet person! And a whole lot helpful too, I might add. Tory is a troubled teen, incredibly jealous and who goes to unimaginable lengths for revenge. *Shudders* I liked the way she's been portrayed and possible reasons as to why a person behaves in that mean way.

The story went in a typical Meg Cabot style, this time mixed with fantasy. No, not like the Abandon series that's based on the Underworld, but a plain story that has a background of magic. I like it that way, you read about a high-school sort of a story and only get to the magic part of it towards the end. Moreover, there's an element of mystery all through the book (all those times when Jean thinks about her past, or anything related to witchcraft, for that matter), and that kept me hooked. The ending was good, evenly spread out, all things falling in place. What I didn't much enjoy was how Tory ends up. True, she deserves that, but the exchanging-places thing that happens (those who've read this would know) isn't really how I think it should've been. I mean, Tory might just end up feeling worse. Anyway, there's definitely something charming about the whole story, you wouldn't want to leave it in between. I think I read this is record time! ^-^ (Or would have, had I not have to worry about minor things like college :|).

Quote from the book: "I really meant it too. Because the best, most long-lasting love has a magic all its own, and doesn't need any help from witchcraft."